Robert A. Orsi, Between Heaven and Earth: The Religious Worlds People Make and the Scholars Who Study Them. Princeton, NJ: Princeton University Press, 2005. 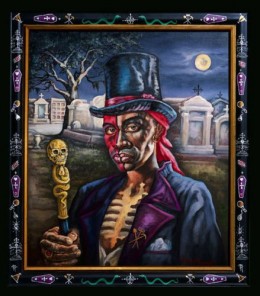 One evening when the celebrated student of religions, Robert A. Orsi, was going out to a Haitian ceremony where he would meet Papa Ghede, the guardian of the dead, his mother was worried. He writes, “My mother paced nervously around the apartment as the hour for my departure drew near, threading her rosary loudly through her fingers. Finally she couldn’t stand it any more. She sat down, reached into her handbag and pulled out a fat bundle of two- by three-inch cards wrapped with thick colored rubber bands. These were the memorial images of Jesuits she had known in her many years working at Fordham University printed by the order at their death and distributed at their wakes. She snapped off the rubber bands. Each card was bordered in black ad showed a close-up of a priest’s face in black and white. “They worship the dead,” she said darkly of the people I was going to visit in Brooklyn as she laid out the cards in rows in front of her, as if she were playing some kind of celestial solitaire. The cards of the priests who had died many years ago were worn and frayed from being handled by my mother at prayer; some had been raggedly taped back together. Soon the table was covered with the faces of dead Jesuits, “my friends in heaven” as my mother called them. Now she was ready to do battle for me. She addressed her anxieties to her friends. “They’ve never let me down,” she told me once about her dead Jesuits. In some cases she roughly correlated her prayers with what a particular Jesuit did in life: a priest who worked in Fordham’s student counseling office gets called on in situations of psychological distress, for instance, but she was not systematic about this.” 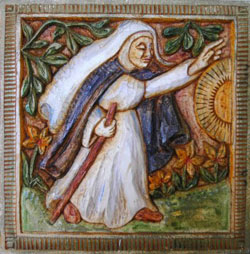 Between Heaven and Earth (2005) is the most autobiographical of Robert Orsi’s books. He uses stories of the religious beliefs and practices of his family to explore American Catholicism in the mid-twentieth century. Having such intimate knowledge of his subjects allows Orsi to present them in all their humanity, and he makes an effort to emphasize complexity and paradox rather than making simple arguments. In compelling prose, Orsi tells the story of his uncle, Sal Cavallaro, who was crippled by cerebal palsy his entire life. Mid-century Catholicism reveled in “a darkly erotic aesthetic of pain,” Orsi argues, and he reflects on the way that people treated his uncle and his uncle’s disabled friends as saints provided that they never complained about their pain and always made life pleasant for those around them. These Catholics called sick people blessed because they had the chance to atone for their sins through pain. Orsi reflects that “in its insistence on the innocence, nearness to heaven, purity of heart, and resilient cheerfulness of handicapped people, the fantasy drained away the lived reality of their days.” People like Sal had little respect for such a view of sickness. Instead, he turned to the Blessed Margaret of Castello as his patron saint. Margaret (who has never been canonized), was born in 1287 as a dwarf, with a twisted foot and a hunchback. “She wouldn’t have been born today,” Sal insists, “she would have been an abortion.” Orsi argues that “through the crippled saint, Sally momentarily breached the otherness constituted for him by the same devotional culture that gave him Margaret. … Margaret’s holiness became a sign of his own presence. If there was someone up in heaven like him, Sal taught me, then people like him could be recognized on earth. In heaven and on earth, Margaret subverts the narrative of the holy cripple, and this may be why she will not be admitted into the ranks of the saints.” 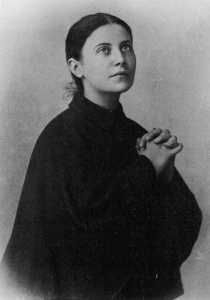 Orsi’s narrative shows how people tell their own stories by talking about saints who are precious to them. He says, “families tell stories about themselves, in the world of Catholic devotionalism people told stories about the saints, and in the years when the saints were fundamental to Catholic life the two sets of stories regularly intersected so as really to constitute a single genre of popular narrative – a kind of domestic hagiography. It is not enough to say about such narrative overlaps that among mid-twentieth-century American Catholic stories of the saints and family stories reflected one another, as if heaven and earth were mirrors. Rather the two kinds of stories fundamentally shaped and formed each other.” St. Gemma Galgani, for example, was especially important to Orsi’s grandmother, who also came from Tuscany and was born just twenty years after Gemma. According to the hagiographical tradition Orsi was born into, Gemma loved Jesus dearly and suffered for it all her life. Her family died young – she “gave them to Jesus” at His request – and she lived with relatives who often resented her. She also suffered from stigmata and bled heavily for two days every week, sometimes all over her food at the dinner table. Orsi’s grandmother was also a suffering soul, who lost her husband while she was young, was isolated by the experience of immigrating to the United States, and was persecuted by her youngest son until her death. She cherished Gemma’s memory because she saw herself in her.

Scholars frequently argue that people turn to saints like Gemma because they help give their lives meaning and therefore make them bearable. Orsi isn’t so sure and suggests “the movement between life and meaning or between sacred and profane is not a straightforward one and that the meeting of the two often deepens pain, becomes the occasion for cruelty, catches persons and communities in them in stories that are made against them (or that are supremely oblivious of them in their own particularities), that may alienate them from their own lives, and that bear within them the power to undermine them and make them and the people around them miserable and confused.” So why are saints like Gemma so important? “What the saint seems to have offered,” Orsi suggests, “was companionship on a bitter and confusing journey.” 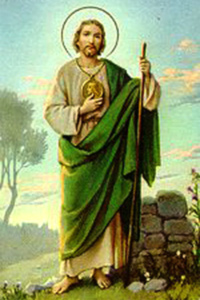 Though he lost his faith in saints a long time ago, Orsi discovers their value in the penultimate chapter, where he describes doing fieldwork among devotees of St. Jude, the patron saint of lost causes. One of his interviewees told him that he would never understand why people prayed to St. Jude until he too found himself in a situation where he had to pray to the saint. Her comments haunted him, and several years later he sat in his office one night at the end of his wits. Nothing that he could usually rely on could solve his problems, and he turned to a statue of St. Jude that he had in his office. Orsi says that he couldn’t bring himself to pray to St. Jude, but he did something similar. He writes: “Women who call on Saint Jude in these circumstances tell him what they want. They make their desires explicit, naming what they see as the best possible outcome of their hopeless dilemma.” So he spoke aloud what he wanted, and discovered (1) “it is tremendously difficult to put one’s desires and hopes into simple words, even to oneself, when realistically one knows, as the devout claim they do that the is no earthly chance that these will be realized.” Next, he found that (2) “it is a tremendous relief to admit to oneself clearly and as honestly as one can just what one would like to happen. Once I had spoken aloud in the empty room what I wanted, I found I had opened up the closed space of my despair a tiny crack. It was as though this other possibility now had a more substantial presence just for having been spoken and acknowledged. I could reimagine the world and my situation in ways I couldn’t just moments before. At the very least it made clear to me what I had been denying or repressing.”

By speaking his desires out loud and experiencing something of what people feel when they pray to St. Jude, Orsi didn’t learn much about divine aid, but he did uncover the human side of the equation. He writes, “I was slowly working my way not into the devotion itself (which was impossible for me) but into the experience of vulnerability, risk, and acceptance that serves as the ground of devotion.” Religion doesn’t always make sense as doctrine, but it is an invaluable window into the human experience, revealing people’s deepest desires and beliefs through rituals and mysteries.