Robert Farrar Capon. The Supper of the Lamb: A Culinary Reflection. New York: The Modern Library, 2002.

In The Supper of the Lamb (2002), Robert Farrar Capon dedicates 191 pages to explaining everything you need to know about how to cook a leg of lamb. This is not a good cookbook if you have 20 minutes before you need to feed your hungry family. Rather, this book is for “a serious drinker of being: a man who will walk back ten paces to smell privet in bloom; a woman who loves to rap sound turnips with her knuckles.” Capon teaches us to approach an onion with awe, to meditate on its beauty as we slice it, to watch as its juices flow out and “it enters the city of being.” He writes of the sliced onion that “somehow, beneath this gorgeous paradigm of unnecessary being, lies the Act by which it exists. you have just now reduced it to its parts, shivered it into echoes, and pressed it to a memory, but you have also caught the hint that a thing is more than the sum of all the insubstantialities that comprise it. Hopefully, you will never again argue that the solidities of the world are mere matters of accident, creatures of air and darkness, temporary and meaningless shapes out of nothing. Perhaps now you have seen at least dimly that the uniquenesses of creation are the result of continuous creative support, of effective regard by no mean lover. He likes onions, therefore they are.”

Capon pays a lot of attention to stocks, gravies, meats, and unapologetically refuses to offer what we would consider a balanced diet. Instead he invites us to savor our food. An Episcopalian priest with a palate for rich foods, wine, and sharp knives, Capon wrote this rhapsody to lamb in the late 1960s. It overflows with the 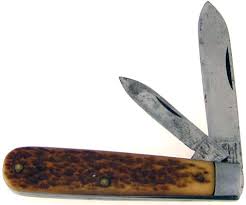 sensuousness and irreverence of the era, and occasionally with its sexism as well. But even when he is bad, Capon is brilliant. In a chapter explaining why “no gentleman should ever be without a pocketknife,” he argues that “candy never relieves the monotony of long family car trips half as well as an impromptu dispensation of sausages and cheese … thrown whole into the back seat along with Daddy’s pocketknife, will provide more wholesome diversion than chocolate ever could.” Then comes the warning: “If your children are contentious, of course, it will tend to bring out the worst in them. But then, with contentious children, so will anything else. At least it keeps them fighting with each other, and not with their parents.”

For all its poetry and humor, this book does contain plenty of good culinary advice as well as a host of good recipes. For example, Capon firmly believes that you should “never serve anybody a whole anything,” and if at all possible, “contrive to make even a part of anything come to the table twice.” Day 1: Chicken soup. Boil the whole chicken, take the bird out, and serve just the soup. Day 2: Roast the chicken, lightly sherried, in a supreme sauce with mushrooms. Day 3: Use the left-over bones and stems to make mushroom soup. Capon calls this “ferial cooking,” as opposed to festal cooking, and argues that “every dish in the ferial cuisine, however, provides a double or treble delight: Not only is the body nourished and the palate pleased, the mind is intrigued by the triumph of ingenuity over scarcity – by the making of slight materials into a considerable matter. A man can do worse than be poor. He can miss altogether the sight of the greatness of small things.”

“Man not only dines; he also kills and sacrifices,” Capon writes. “The room in which he relishes the animal orders lies between slaughterhouse and temple. There are death’s heads at each end of the table of the world.” 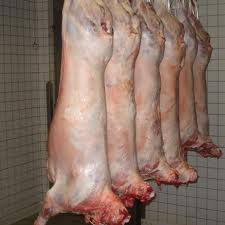 The Supper of the Lamb pulls no punches and gives us intoxicating, heady religion in the place of doctrine and rules: “Red in tooth and claw, we come at last to a fierce and painful city, to the bloody, unobliging reciprocity in which life lives by death, but still insists that death is robbery. … There is no way around the killing here that is not less than human in the end; man is what he is: hunter, butcher, carnivore; save him without that and you save nothing – manskins stuffed with sacred sawdust reach no New Jerusalem; the trip is not worth the baggage left behind.” Capon forces us to think about what we are doing when we cook. He wants us to delight in the world we have been given; to grasp it, play with it, and blend its ingredients to create something new and wonderful. The ox is a generous creature, he points out, giving us so many things that we can cook with that it is criminal to waste even a little. Boil leftover bones and scraps of meat, strain it, and throw out the bones. Boil it again, this time skimming the froth from the top. Next, “continue boiling until it reaches the consistency of a thick, blackish-brown syrup (half a cup, give or take a little). Pour this into a heatproof jar, cool, and refrigerate.” What you have is meat extract, which capon says melts in the mouth and can be used to season anything from a sauce to a hot fried egg. “If you are any lover of food at all,” he says, “you will find yourself whittling off little pieces to dissolve on your tongue at odd times of the day.”

Perhaps fittingly for a book about such rich cooking, The Supper of the Lamb ends with cures for heartburn, which Capon describes as “the lump in the throat and the fire in the bosom which are the aftermath of inconvenient love.” The obvious remedy for heartburn is “to stop eating greatly, or to quit fasting, or to give up tobacco, whiskey, and hot sausages.” Capon dismisses such advice as “fanatical.” Don’t buy pharmaceutical remedies either, he says. Instead, mix half a teaspoon of baking soda in a glass of water and drink it. As well as neutralizing the acid in your throat it will get rid of the offensive smell coming out of your mouth. To add satisfaction to the healing process, Capon promises that you will burp loudly after a roughly a minute’s wait. “The relief, so long awaited, comes in force: not little by little like spies in the night, but all at once, like an army with banners and shouting.”

After baking soda and a light soup, the book comes to an end with a magnificent doxology. He writes, “It is through that Sacred Humanity – and through the mighty working whereby He is able to subdue all things to Himself – that He will, at the last day, change these corruptible bodies of ours, make them like His own glorious Body and, through them, draw all things into the last City of their being. The world will be lifted, as it was always meant to be lifted, by the priestly love of man. What Christ has done is to take our broken priesthood into His and make it strong again. We can, you see, take it with us. It will be precisely because we loved Jerusalem enough to bear it in our bones that its textures will ascend when we rise; it will be because our eyes have relished the earth that the color of its countries will compel our hearts forever. The bread and the pastry, the cheeses, the wine, and the songs go into the Supper of the Lamb because we do: It is our love that brings the City home.”