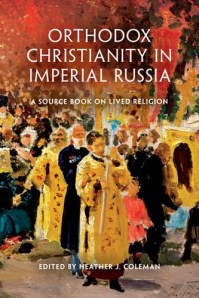 Collections of translated historical documents are my bread and butter, and yet I always feel uneasy whenever I open one. They usually take the sources out of context, print only part of long documents, and focus on “important” issues that the editor thinks students need to know about. Most include some statistical tables, which more often than not are fragmentary and of dubious reliability. Their greatest crime, however, is that they are boring. Source collections need to cover large amounts of material quickly and so they substitute substance for snippets, and breadth for depth. With this in mind, Heather Coleman’s Orthodox Christianity in Imperial Russia (2014) is extremely unusual. Coleman has worked with fourteen other experts on nineteenth century Russian religious life to put this volume together, and instead of a multitude of fragments, they give us only twenty sources that take up over 300 pages. These are not anonymous documents reflecting on structural changes or political turning points either. Each of these sources tells its own touching story of real individuals behaving religiously. The result is a beautiful cluster of short stories, each with its own plot, character development, pathos, and crisis. 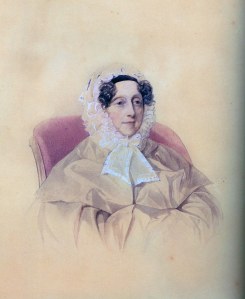 After Heather Coleman’s elegant introduction, which paints the history of Russian Christianity in broad strokes while managing to include occasional insights that intrigue even the specialist, we turn to several miracle stories introduced by Christine Worobec. Worobec has written extensively about the supernatural in nineteenth century Russia, and here she provides much needed background on how Russians reacted to miraculous visions and healings. She explains when the texts we have before us are being formulaic and when they express the idiosyncrasies of the authors. The story of Princess Anna Golitsyna’s death in 1834 conveys not only her piety but also her abrasive character. When she woke up after an out-of-body experience in which she died and went to heaven, she asked “Where am I? Tell me, someone. Is it possible that I am again in that dark, nasty, stuffy, and tedious world? Oh, why have I parted from that world where I saw the Savior? All have such beautiful faces there, but here they are all unsightly, coarse, repulsive!” Her family replied, “Is it possible that you don’t recognize us, Princess? This is your husband, Prince N. N., and these are your children.” She was startled: “Husband, children! No, I don’t know anyone, and I don’t even understand your very words. True, I saw beautiful children there, but these ones are so grotesque.” After a few hours more of such uplifting conversation, she died again. 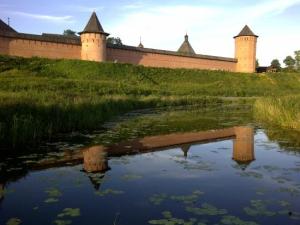 Next Joy Demoskoff introduces a report from the monastic prison at Spaso-Evfimiev Monastery in Suzdal from 1840. People were imprisoned in monasteries for a number of reasons. Some were political prisoners, others heretics, and still others mentally ill. Written by the monastery’s father superior to the provincial governor, this report lists each of the detainees, explaining why they were locked up and how they are coping. A former priest named Aleksandr Chernyshev was there “because of the breakdown of his mental capacity.” He attended the Liturgy regularly, regained his strength, and the father commented that “it seems he will soon come to a regular condition.” Others were not so lucky. The father reported that another former priest and monk, Dosifei, who had been spreading heretical teachings, now “has an elevated, pure spiritual, Christian tendency, is deep within himself, or is closed within himself, and he believes in the invariable and special habitation of the Spirit of God in himself.” He was nice to other people but thought that he channeled Jesus and whenever he said that name of Jesus “he jumps and claps his hands while repeating the words, “Jesus my light, light, light, light, light,” and so on.” As fragmentary as they are, these mini biographies reveal how people on the margins of acceptability, and/or instability, internalized and performed religiously when under a strict monastic gaze. 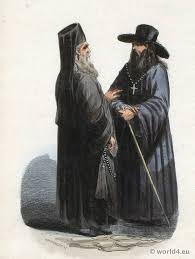 Sometimes priests kept diaries, and Laurie Manchester introduces excerpts from the journal of Archpriest I.G. which he wrote soon after entering the priesthood in the 1850s. He worries about whether his motives for serving God are pure enough, and moralizes about other priests who complain that it is too hard to perform the Divine Liturgy because your wife keeps interrupting you. He summarizes some of his sermons and brags about praise from an old peasant who enjoyed one about his namesake, St. Philip the Apostle. “And the lesson for me was this,” he writes, “in my homilies, I need to more often lay out the life ad deeds of the saints.” A similar portrait comes across in a stylized memoir account of a Ukrainian priest named Father Kryzhanovskii, written by his son and introduced by Heather Coleman. The son worships his father even though he emphasizes that the old man was too severe with his parishioners and couldn’t cope with the changes going on around him. As he aged, Kryzhanovskii had less and less tolerance for the younger generation of graduates from theological seminaries, and only managed to keep his job because he worked in a very isolated village. Despite his failings, the son insists that his parishioners loved him and he holds him up as a devout example worthy of imitation.

Elsewhere in this volume we find sermons promising that God will support the Russian army during the Crimean war or worrying about scientists who refused to recognize God’s hand of judgement in a series of earthquakes that rocked Siberia in 1861/62. There are liturgical prayers, lives of medieval saints, lengthy petitions to move holy relics, detailed explanations of how to cross yourself in ways Old Believers would have found satisfactory, and some very juicy confessions that people wrote to monks they hoped no-one else would ever read. We also find accounts from missionary priests accounts describing strange customs among Siberian Christians and detailed investigations into church attendance in provincial towns. The volume ends with the conversion narrative of a Russian baptist who tells of how he began reading the Bible and then faced constant persecution from his friends, family, and co-workers who saw him as an atheist and trouble-maker. The characters come to life in these stories and you find yourself on the edge of your seat, desperate to see what happens next. That level of suspense is VERY rare in source collections, and this is far and away the best collection of translated documents I have ever read.