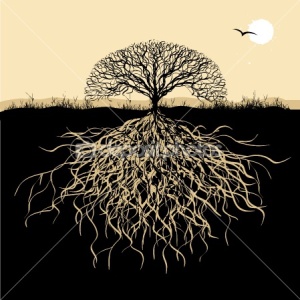 This book is not at all what it seems. It isn’t even what it claims to be. Which is a good thing too. Slow Church presents itself as the latest thing in the how-to-do-church genre. It opens through a conversation with church growth books such as Donald McGavran’s The Bridges of God: A Study in the Strategy of Missions (1955) and Rick Warren’s The Purpose Driven Church (1995). In contrast to the church growth movement’s emphasis on numbers and strategies, Christopher Smith and John Pattison propose what they call “slow church,” which is their brand name for a left-wing version of church growth that emphasizes quality over quantity. “Slow Church is inspired by the language and philosophy of the Slow Food Movement,” Smith and Pattison tell us. “The Slow Food Movement is fundamentally about the richness of a common life with the neighbors who grow our food, prepare our food and share our food. Slow Church is a call for intentionality, an awareness of our mutual interdependence with all people and all creation, and an attentiveness to the world around us and the work God is doing in our very own neighborhoods.” This sounds a lot like Smith and Pattison are trying to use a trendy label to sell yet another piece of pop-theology based on American culture rather than on the call of the living God. And in many ways, this is exactly what they are doing. But behind the book’s poor framing lie some very helpful ideas.

The real inspiration behind Slow Church is not Rick Warren’s The Purpose Driven Life, but Dietrich Bonhoeffer’s Life Together (1939). This book is about walking with Christ. And because we never walk alone, it is about seeking God together with others. There is no theology of the church here, but there is a lot about Christian community. As the book progresses, Smith and Pattison meander through a series of vague reflections on things they have found helpful in their search for God. Both come from quite different environments. John Pattison lives in a small town in western Oregon that prides itself on being a rural town inhabited mostly by people who prefer the quiet life to the hectic rat race. Christopher Smith lives in an inner-city neighborhood that has seen better times. Both of them are deeply committed to the places they live and the people that live around them. They write, “in order to bear fruit, to extend hospitality and to nurture a flourishing community, our faith communities must be deeply rooted and maturing in our particular places. The good and abundant life God intends for creation is nurtured through the interdependency of God’s creatures, and this interdependency … flourishes best when we stay put over a long period of time.” Drawing conclusions from similes might be a dubious way of reasoning but (as they do throughout the book) they are describing their ideas here, not deriving them.

Living in a place means getting to know and living together with others. Instead of giving clothes to the poor, Pattison and Smith suggest making friends with them: “Rather than handing people stuff and sending them away, we tried to meet personally with people who came to the church with needs.” It means slowing down our lives so that we can spend them with friends and family instead of frantically rushing around everywhere then loafing in front of the television during our spare time. It means not separating Sunday from the rest of our week, not becoming slaves to nationalism, and not letting political disagreements get in the way of our friendships. Slow Church is designed to be read slowly and discussed, and at the end of each chapter the authors give us “conversation starters” such as “name some of the fragmentations that exist in your congregation. Race? Age? Economic class? Political party? Where are the spaces in your life together where people on either side of any of these divides can actively engage with those on the opposite side – talking and working together and knowing each other first and foremost as brothers and sisters in Christ?” One example they give is a regular Sunday evening conversation during which church members discuss their disagreements over theology, lifestyle, and Christianity in a safe, affirming manner.

In radical opposition to our unhealthy attitudes to work and to the way that businesses treat their employees like machines, Pattison and Smith search for ways to embrace work that affirm human personhood, cherish quality, and cultivate work as an expression of worship. Celebrating Sabbath delight goes hand in hand with good work. They talk about the idea of “Sabbath economics,” which means knowing when you have enough and rejoicing in God’s abundant provision. They suggest cutting back on a luxury and using the money you save to help someone else. Practical steps like this both affirm how many good things God gives us and actively seek to bring His justice and mercy to a hurting world. Our economy and social relations are premised on the idea of scarcity, the need to hoard and grab what we can when we can because we never know when it will disappear. But, in the words of Gerhard Lohfink, “nature ‘luxuriates.’ What an opulence of flowers and butterflies alone. … An entire universe is squandered in order to produce more and more costly forms of life on a single planet and to prepare a place for the human spirit.” Learning to live as people who know that God has provided for them opens us up to generosity, joy, and rest.

As much as the simplistic writing style and pop-theology of Slow Church grate on me, this book is well worth persevering with. It is full of practical suggestions and well-chosen soundbites from a range of Christian authors. Its message is relevant to big and small churches, to liberals and evangelicals, to cities and farms. As the authors suggest, if we take slow church seriously then it offers us new ways to “taste, in a deeper way, the rich joys of God’s kingdom.”