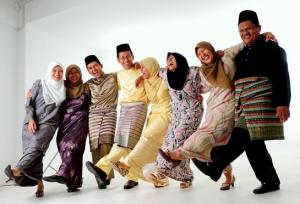 When everyone you admire holds a certain set of values and they belittle your religion because it doesn’t seem to fit their idea of what is right, it is very tempting to change your religion to make it fit with the values of the world. In his most famous work, The Theology of Unity (1897) the Egyptian scholar and jurist Muhammad ‘Abduh (1849-1905) did just that. ‘Abduh traveled widely throughout western Europe, was very impressed with thinkers like Auguste Comte (1798-1857) and Lev Tolstoi (1828-1910), joined the Freemasons, fell in love with the Bahá’í faith, and decided that Europeans were following the Qur’an more closely than most of the Muslims he knew in Egypt.
The Theology of Unity starts by emphasizing that Islam is a rational religion. Pre-Islamic religions, ‘Abduh tells us, made “little recourse to rational judgement in their custody of belief.” But then came the Qur’an, bringing in the world’s first reasonable faith. “It offers arguments and evidence. It addressed itself to the opposing schools and carried its attacks with spirited substantiation. It spoke to the rational mind and alerted the intelligence. It set out the order in the universe, the principles and certitudes within it, and required a lively scrutiny of them that the mind might thus be sure of the validity of its claims and message.” ‘Abduh brings a host of arguments to prove the necessary existence of a simple (non-composite) Being who is the cause of all things. But this is as far as reason can go, ‘Abduh warns, and to try to penetrate God’s essence more deeply is “a vain and dangerous enterprise.” 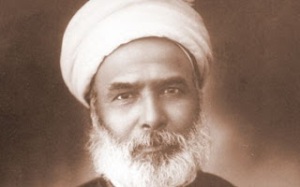 ‘Abduh is fighting a battle on two fronts in The Theology of Unity. First, he challenges those whose answer to every situation is “have faith!” They are guilty of shirk, ‘Abduh says, which he defines as “the belief that any other than God has a superior causation to that which God, by His gift, has set in the manifest causes and that there can be a greater force than that arising from the created order.” In short, it is “not letting God be God.” When God has created the world in such a way that to heal a sickness you need medicine and to win a battle you need a good army, it is sinful to reject these means to ends as if they too were not from God.
On the other hand, ‘Abduh argues against people who want to rely on their reason for everything, and think that they have no need for divine revelation. “The human mind is not competent to know, of God, what ought to be known, nor to understand properly the nature of the life to come, nor yet to comprehend the requital which every sort of action will receive in that world,” ‘Abduh warns. This is why we need prophecy, and why Muhammed’s revelations were so miraculous. That an illiterate prophet could produce prose of such superb quality blows his mind, and he needs no other proof that the Qur’an could only have come from God. 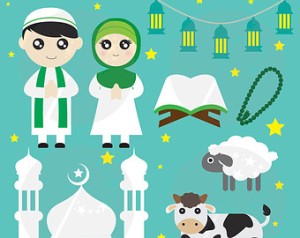 What ‘Abduh has achieved in The Theology of Unity is to transform Islam into a modern religion that Enlightenment-educated Westerners will find attractive. Islam opposes slavery, ‘Abduh writes at a time when slavery had become anathema in the West: “Islam removed all racial distinctions within humanity, in the common dignity of relationship with god, of participation in human-kind, in race group and particular setting, as well as the dignity of being in the way of the highest attainments prepared of God for men. This universal dignity contrasts sharply with the exclusive claims of those who pretend to privileged status denied to others and consign allegedly inferior mortals to permanent subjection, thus strangling the very spirit of the peoples, or most of them, and reducing them to walking shadows.” Writing at a moment in history when egalitarian doctrines such as communism and anarchism were becoming increasingly popular and when even liberalism took the problem of poverty seriously, he says: “Islam laid down for the poor a well-defined right to the property of the rich which the latter were freely to honour, in relieving the need of the destitute, healing the distress of the afflicted, emancipating the enslaved and helping ‘the sons of the way’ – the homeless people. … By this means it neutralized the grudges of the poor and cleansed their hearts from envy to the bounty with which God had blessed the well-to-do and thus conduced to a mutual charity of heart between the two. Compassion in the wealthy for the lot of the wretched brings tranquility to all.”
Just when he is at his most eloquent, ‘Abduh stumbles at the question of why most Muslims don’t behave as if their religion was the most reasonable in the world. Why do veiled, uneducated Muslim women mumble into their prayer rugs while European women are attending universities? ‘Abduh has two answers to this dilemma. First, he assures us, “the reading of the Qur’an itself suffices of itself to vindicate what I have said about the essential nature of Islamic religion.” He has discovered the true religion preached by Muhammad even if the sociological realities of Islam look different. Second, according to ‘Abduh Western civilization came to Europe via Islam. When the crusaders travelled east to despoil the Holy Land, “they found freedom in a religion where knowledge, law and art could be possessed with entire certitude. They discovered that liberty of thought and breadth of knowledge were means to faith and not its foes.” Taking these lessons back to Europe, Westerners eventually managed to reform Christianity by introducing “elements by no means unlike Islam.” Indeed, he says, their religion became “in all but name the religion of Muhammad; it differed only in the shape of worship, not in meaning or anything else.”
Leaving aside the historical inaccuracies in his argument, I find Muhammad ‘Abduh’s project a very interesting one. He understood how different his version of Islam was to the beliefs of his contemporaries, and saw himself as a reformer in the tradition of al-Ghazālī or Ibn al-Ḥājj; men who transformed Islam and shaped it in their own image. If religion involves a dialogue between humans and God, as Christians believe that it does, then seeking God where He may be found, incarnated in one’s own place and time, is a perfectly reasonable thing to do. But if God has revealed himself definitively through Muhammad and the goal of theology is to find the Qur’an’s one and only true meaning, then ‘Abduh’s endeavours are very problematic. To begin with, ‘Abduh’s presentation of Islam is deeply anachronistic, taking him light years away from the dusty world of late Antiquity. Moreover, his epistemology traps him within the iron cage of modernity, with its belief that nothing is right if it is not reasonable, its simplistic, all-or-nothing approach to truth, and its arrogant judgment of its Others as “uncivilized.” Combating slavery or pursuing economic equality is a great way to live, and ‘Abduh’s followers will certainly lead healthy and productive lives. But it all seems to miss the point somehow, and risks leading us away from God and into our own wisdom.