In “The Re-Gifters,” Episode 12 in Season 2 of The Adventures of Chuck and Friends, Chuck’s brother gives him a toy for Christmas that he has wanted all year but is sold out in all the shops. He loves it so much, but he discovers that his friend Digger also wanted a toy like that, so he gives it to him. Digger likes it too, but he wants to give Biggs a Christmas present, so he re-gifts the toy he got from Chuck. After much soul-searching, Biggs gives it to Handy. Not knowing that it has been re-gifted, Handy proudly gives it to Chuck, and everyone learns that it’s better to give than to receive, because putting the happiness of others before your own is the essence of friendship. Most three-year-old fans of Chuck and Friends would probably be surprised to learn that this episode is actually a modern re-telling of an old Islamic fable. In The Duties of Brotherhood in Islam, the eleventh century philosopher al-Ghazālī used the same story to explain how to know whether someone is really behaving like a brother. 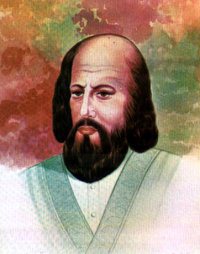 Al-Ghazālī was one of the most influential writers of medieval Islam. After years of study he published a best-selling critique of Greek and Islamic philosophy entitled The Incoherence of the Philosophers, in which he rejected philosophy as narcissistic word games and logical tricks. Al-Ghazālī then turned to Sufism, only to conclude that the subjectivity of mystical experiences isolated them from other Muslims and made them useless to their brothers. Eventually he discovered a balance between philosophy and mysticism which he channeled into his major work, The Revival of the Religious Sciences, revolutionizing Islamic thought and spirituality. Al-Ghazālī’s famous treatise on brotherhood belongs to Book 15 of the second part of this massive tome. Readers used to the impenetrable prose of Augustine’s City of God or Aquinas’ Summa Theologica would be forgiven for assuming that a book this influential must be impossible to read. In fact, The Duties of Brotherhood communicates its profound insights through simple stories and in neat, straight-forward sentences. 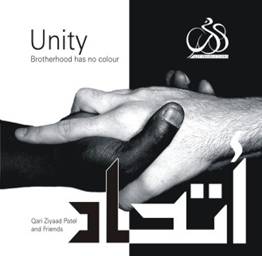 Al-Ghazālī begins by telling us that “the contract of brotherhood confers upon your brother a certain right touching your property, your person, your tongue and your heart – by way of forgiveness, prayer, sincerity, loyalty, relief and considerateness.” The rest of the book illustrates these ideas through short stories and aphorisms. If you can’t help yourself to your brother’s belongings, Al-Ghazālī says, that person is not your brother. He insists that your brother’s well-being should be more important than your own. To prove his point, Al-Ghazālī tells of a group of Sufis about to be executed for heresy by the Caliph. One of them jumps forward and asks to be killed first so that his brothers might have a few extra moments to live. The story goes that the Caliph was so impressed by the man’s loyalty that he spared all of them.

Be ready to look after your brother’s every needs, al-Ghazālī tells us, and that includes knowing when to be silent and when to speak. Don’t ask annoying questions that your brother might be uncomfortable answering, don’t criticize his friends or family, don’t argue for the sake of arguing, and don’t tell his secrets to the whole world. But do tell him how you feel. In Muhammad’s words, “If one of you loves his brother, let him know it!” Also warn others when they are going the wrong way, but privately, for “the believer is a mirror to the believer.” Take care not to rebuke your brother for your own comfort, but only for his good. Be humble, and give your brother the benefit of the doubt. “Relief and lack of fuss is only complete when you consider yourself beneath your brothers and think highly of them,” al-Ghazālī writes, “but poorly of yourself. When you consider them better than yourself you are actually better than they!”

Forgive whenever possible, and pray for your brothers when they make mistakes. Burning with passion for God’s righteousness, Abu Dharr said, “if your brother turns his back on his duty, hate him as you used to love him,” but al-Ghazālī prefers the approach of Ibrahim al-Nakha’i: “Do not break off from your brother and do not shun him on account of a sin he has committed, for he may commit it today but give it up tomorrow.” Look for the good in your brother, and try to see past his imperfections. Quoting an anonymous poet, al-Ghazālī tells us to “take from your friend what is pure, and let alone the dross. This life’s too short for quarreling, and arguing the toss.” It bothers me that al-Ghazālī limits these sorts of actions to “brothers,” when Jesus tells us to seek out our neighbours and to love our enemies. But al-Ghazālī tells the story of two brothers. One sinned and told his brother that he no longer had to remain the brother of a sinner. His brother refused, and fasted for forty days until “the passion left his brother’s heart.”  Such devotion, without obligation and without hope of compensation, is also the Christian definition of brotherhood. Al-Ghazālī is not always willing to extend such charity to everyone. “You should seek the brotherhood of any intelligent, religious person,” he says, “resolving to observe these conditions yourself, but not imposing such stipulations on the other. Then you will have many brothers, for you will be a brother for the sake of God. Otherwise, your brotherhood will be for your own convenience only.”

Christians know that such love and devotion is impossible for sinful humans, and can only happen through the power of the Holy Spirit, as God loves our brothers through us. Al-Ghazālī says, “He who looks to the fellowship of creatures will sometimes be crooked and sometimes straight. But he who looks to the Creator is bound to the Straight Path both inwardly and outwardly. His Inner is adorned by love of God and His creatures. His Outer is beautified by worship of God and service to His servants, for these are the highest kinds of service to God.”