In 1951 an American theologian by the name of H. Richard Niebuhr wrote a book called Christ and Culture, which quickly became the definitive guide to how Christians should relate to the world. Christians generally approach the world in one of five different ways, Niebuhr said, the best of which was ‘Christ Transforming Culture’. Hauerwas and Williamson summarize Niebuhr’s approach as being one in which the Church ‘neither capitulated to culture nor irresponsibly detached itself from the culture. The transforms church busied itself with making America a better place in which to live, transforming society into something of which Jesus might approve’. Niebuhr’s approach carried the day, that is, until Hauerwas and Willimon produced the first edition of Resident Aliens in 1989. As Hauerwas points out in the Afterword to the 25th Anniversary edition, this deceptively simple little book shifted Niebuhr’s paradigm from one about creation and redemption, and made it about the Church and the world. Whether you agree with them or not, their approach produced a breathtaking seachange in terms of how Christians relate to secular culture, and to politics in particular.

When we think about politics in Niebuhr’s terms, Hauerwas and Willimon argue, Christian politics becomes ‘Christian social activism’. We accept secular Liberal Democracy as the default, ideal political system which we then try to work within as one voice among many. They write, ‘it leads Christians to judge their ethical positions, not on the basis of what is faithful to our peculiar tradition, but rather on the basis of how much Christian ethics Caesar can be induced to swallow without choking. The tendency therefore is to water down Christian ethics, filtering them through basically secular criteria like ‘right to life’ or ‘freedom of choice’, pushing them on the whole world as universally applicable common sense, and calling that Christian’. There is a lot to recommend Niebuhr’s approach, but at the same time it legitimates the status quo and gives divine approval to a system that is full of faults. Rather than standing out and offering something different, Christians become just another lobby group and our arguments are those of the world around us. 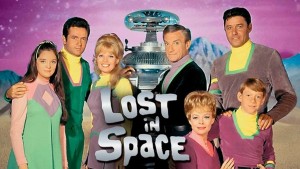 Jesus spoke of the Kingdom of God because His claim on the world is that of a king. Hauerwas and Willimon remind us that Jesus came to conquer the world, to take it back from Satan, not just to improve it. And the Church is the vehicle through which God manifests His kingdom in our age. The New Testament calls us ‘aliens and strangers’ (1 Peter 2:11); people who stand apart from the world, not people who fit into it. Commenting on the Sermon on the Mount, Hauerwas and Willimon write that ‘the Sermon, by its announcement and its demands, makes necessary the formation of a colony, not because disciples are those who have a need to be different, but because the Sermon, if believed and lived, makes us different, shows us the world to be alien, an odd place where what makes sense to everybody else is revealed to be opposed to what God is doing among us’. The Church meets around a special truth revealed in Jesus Christ. That truth shapes our ethics, which is manifest in the Christian community by the saints.

Regardless of what the philosophers (i.e., Kant) might think, we don’t learn our ethics by reasoning from first principles. Hauerwas and Willimon note that ‘the way most of us learn to speak a language is by listening to others speak and then imitating them’. The same goes for our standards of right and wrong, they say. We learn by watching and then imitating Christians around us. The ‘saints’ in our churches teach us how to live holy lives and they inculcate in us standards that shape our everyday lives. Although they start the book by telling us that their approach to culture and politics is based on the idea that Christians no longer get to dictate morals to the world (and therefore have to live in ‘the Christian colony’), the examples that Hauerwas and Willimon use to illustrate their arguments are deeply rooted in the Bible-belt culture that they lived and worked in. The authors recognize that our churches aren’t usually particularly holy communities, and a large part of the book is dedicated to explaining how pastors should deal with this, but at the same time they argue that there are enough genuinely holy people around that they can serve as examples for us. On this point I agree with them, but their approach runs into trouble when they suggest that Christians are able to interpret the Bible independently of culture or to live ethical lives that are not shaped by the world around us.

‘Our selves are shaped, our thoughts arise out of a tradition’, they argue,  and this is certainly true. But they presume that the Christian tradition embodied in our churches is, or even can be, distinct and independent of the cultural traditions around us. I’m not convinced that Christians can really be ‘resident aliens’ in the way Hauerwas and Willimon would like us to be. What they get right is that the Church does indeed have something different to offer the world, and indeed that this is what makes us special. They write that ‘clergy must not assume that their disempowerment by the culture means that they have no power. A Christian pastor is a powerful person because only the pastor has been given the authority to serve the Eucharist and to preach the Word for the church – to point to the very presence of God among us. This is power’. Indeed. But the question then becomes not one of wielding power in society, as Hauerwas and Willimon imagine Christians can do once they understand the power of the Word of God, but of introducing people to Christ, who humbled Himself to the point of death, not challenging the power of the world on its own terms, not seeking to gain power for the point of having power, but defeating it on the cross.