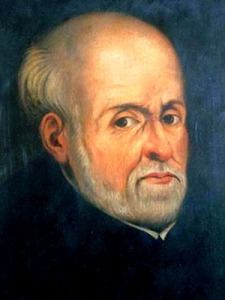 Trying to get your head around what constitutes good government can be a tricky process. After listening to adults talk about this thing called government, my five-year-old recently piped up: “I know what a government is; it’s a group of thieves!” What she knows of governments is that they steal from schools, hospitals, museums, and a host of other places that little people need to be well funded. Over 400 years ago, a Jesuit theologian named Juan de Mariana (1536-1624) tried explaining what makes a good ruler to the twenty-year old Philip III, who ascended the Spanish throne that year. He wasn’t much more successful than I was. In fact, his book  De rege et regis institutione (On the King and the Royal Institution) was so unsuccessful that people thought that he was advocating killing the king. Mariana was writing at an unfortunate time because French jurists such as Hubert Languet and François Hotman were reinterpreting the Bible and Roman law to justify overthrowing tyrants in the name of religious freedom. When Mariana wrote about the French king Henry III (1574-1589) that he exhibited the “character and talents of the tyrant, hated equally by Heaven and men,” and that the king’s own crimes led to his assassination, his opponents assumed that this meant Mariana believed that anyone had the right to kill a king they thought was a tyrant. Not only was this bad news for Mariana, it cast a shadow over the Jesuit order as a whole, which was looking less and less trustworthy from the king’s perspective. But according to Harald Braun’s close study of De rege, whatever Mariana was, he was not a regicide. 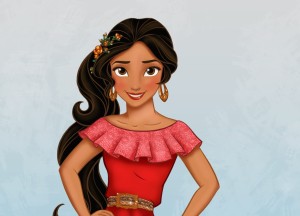 My daughter believes strongly that a hereditary monarchy is better than democracy. Because kings and queens mean … princesses. And princesses are bonum in se. Braun argues that despite his reputation for encouraging tyrannicide, Juan de Mariana would have agreed with her. The problem is not that kings are bad, Braun tells us, it’s that people in general are bad. It would be nice to think that once upon a time men and women ruled themselves happily and equally, but, Mariana writes, “time and the worthlessness and depravity of man pervert everything. This is the human condition.” Democracy doesn’t work because “in every part of the people there is a number of dishonest subjects who are by far the most numerous; the sanior pars will be beaten in every deliberation by the peior pars if the governing power is in the hands of more than one. For the votes will not be weighed but counted.” Mariana believed that people originally appointed kings because society wasn’t functioning without them. The predisposition to corruption “is less in one prince than in the many” because a prince can be taught how to rule from a young age and thus turn into the sort of young man who can sweep a young princess off her feet and rule justly ever after.

Perhaps human depravity could be kept in check with well thought-out laws that everyone, including the king, must obey. Based on recent events that she witnessed, my daughter is now telling everyone she meets: “Did you know that they have HUNDREDS of cameras hidden everywhere on the roads and if you go too fast they take your photo and make you pay money and my Dad has to do a course that lasts FOUR HOURS so he can learn not to speed!” But laws don’t make people better drivers. Especially when they fine you for only breaking the speed limit by 5 mph. Mariana wrote that “time and the great wickedness of men brought on the great multitude of laws, so that now we suffer no less from laws than from vices.” Evil princes will break the laws, however, and having laws is no guarantee that rulers will behave themselves. The key to understanding Juan de Mariana, Harald Braun argues, is to understand that he was a historian, not a lawyer. It was Mariana-the-historian who wrote that Henry III’s enemies assassinated him because he was a tyrant, not Mariana-the-lawyer saying that Henry III should have been killed because his actions placed him in a special legal category reserved for tyrants. Ever the realist, Mariana admitted that force always wins over custom even when it comes to choosing kings. Laws are all well and good, but when you look at history you find that “the right to rule is changed according to the will of the prince.”

If people and kings are so bad that even laws cannot control them, there is only one option: “The spirit, free and untrammelled, is restrained by no chains unless bound by religion,” Mariana argued, and he concludes from this that the Catholic Church should rule Spain. Europe spent most of the second half of the sixteenth century embroiled in bitter religious warfare, and Mariana was terrified that Spain would be next. Philip II had already started taking money from the church and there was talk that Philip III might decide to tolerate Protestants. This would be disastrous because “when heretics occupy the whole kingdom, or the greater part of it, princes cannot uproot the tares without at the same time tearing out the wheat.” Up until this point in the book Mariana has argued that the king pursue a realpolitik and rule prudently using whichever methods will mobilize the people in his support. Now he used this same logic to explain that the only way the king will be able to secure his power is to let the Castilian bishops rule Spain. Mariana wasn’t talking about giving power to the Pope, he wanted to integrate bishops into every level of Spanish government, even to the extent of making nobles into “lay bishops”. Not only should the Church no longer have to pay taxes, Mariana said that the bishops should be allowed to control the country’s finances. Using Mariana’s text as an example, Braun takes us into a world where Christians, not secular nationalists or Muslim fundamentalists, believed that they alone had the right to run the country as they saw fit.

The audacity of Mariana’s argument is staggering. Braun summarizes the position thus: “Castile and Christendom are faced with a threat of internecine strife of unprecedented scale and nature. The fact that the unity of religion is paramount to the preservation of the monarchy demands that cultores religionis patriae be elevated to unparalleled heights of power. The Church is to assume the role of treasurer of the realm, and operate as a ‘constitutional court’, thus guaranteeing the prudent conduct of government. Dominating the decision-making process in the various royal consejos, the clergy is able to supervise the making and administration of statutory law. Religion is the primary tool of political control, and ecclesiastical institutions therefore are to be provided with the resources necessary to enable them to fulfill their responsibility for the commonwealth.” It turns out that Mariana wasn’t advocating killing the king, he was promoting something much more terrifying – a church with the power enforce religious conformity through the inquisition. The radical religious slight of hand that Mariana makes comes as something of a surprise after Braun has lulled the reader into a false sense of security with several chapters dedicated to complicated interpretations Roman law and philosophical discussions of virtue and prudence. But then again … no one ever expects the Spanish Inquisition!