Lev Shestov suffered his first mental breakdown in 1895, when he was 29 years old. It is unclear exactly what triggered it, but most likely it was because of his father, who wanted him to take over running the family business when all Shestov wanted to do was to write philosophy. His father was also a leader in the local Jewish community and would not tolerate his children marrying goyim. He disowned Shestov’s sister when she married a Christian and he refused to let Shestov marry the second love of his life because she came from the wrong religion. Eventually Shestov did get married (to a Roman Catholic girl) but he didn’t tell his parents until after his father’s death almost twenty years later. Once the mind is broken, however, it is never the same again, and Shestov suffered a second mental breakdown in 1906. He wrote in his diary in 1920 that “this year marks the twenty-fifth anniversary of when ‘the time fell out of joint,’ or more precisely, when an early autumn arrived in the beginning of September.” All of the essays and aphorisms collected in Penultimate Words and Other Essays were written between 1904 and 1906, and represent the ideas of a man stretched to the utmost and teetering on the brink of his second breakdown.

Shestov begins this collection with one of the most insightful essays on Anton Chekhov I have ever read (although to be honest I haven’t read that many). All of Chekhov’s stories and plays, Shestov noticed, start with ordinary people whose lives are completely boring. Then he strips away everything that makes them who they are, leaving them naked before the world. Then they die. “Thus the real, the only hero of Chekhov, is the hopeless man,” Shestov writes. “He has absolutely no action left for him in life, save to beat his head against the stones. It is not surprising that such a man should be intolerable to his neighbours. Everywhere he brings death and destruction with him. He himself is aware of it, but he has not the power to go apart from men. With all his soul he endeavours to tear himself out of his horrible condition. Above all he is attracted to fresh, young, untouched beings; with their help he hopes to recover his right to life which he has lost. The hope is vain. The beginning of decay always appears, all-conquering, and at the end Chekhov’s hero is left to himself alone. He has nothing, he must create everything for himself. And this ‘creation out of the void,’ or more truly the possibility of this creation, is the only problem which can occupy and inspire Chekhov.” I would like to be able to tell you that Shestov saw “creation out of the void” as a wonderful opportunity for creative expression, but the reality is that Shestov wasn’t even sure if it was possible. “One must beat one’s head, beat one’s head eternally against the wall,” he comments at the end of the essay. “And to what purpose? Is there any purpose at all? Is it a beginning or an end? Is it possible to see in it the warrant of a new and inhuman creation, a creation out of the void? ‘I do not know’ was the old professor’s answer to Katy. ‘I do not know’ was Chekhov’s answer to the sobs of those tormented unto death.” 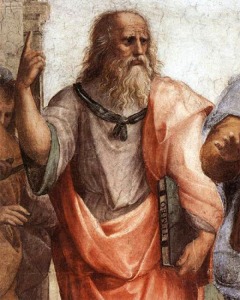 Embracing the doubt and insecurity that accompanies mental illness, Shestov points out that even seemingly obvious things such as the idea of progress turn out not to be so obvious if you look at them too closely. He doubts the conclusions of science and philosophy, admitting that “we are guessing, at the best we are sicklied with dreams, but our life passes outside our guesses and our dreams.” What he can tell us is that people sometimes see things most clearly when they are at their wits ends, or close to death. Shestov quotes Plato saying that “swans, when they feel the approach of death, sing that day better than ever, rejoicing that they will find God, whom they serve.” Thus many of the aphorisms in this book dwell on the “penultimate words” of great writers and thinkers. Writing about Lev Tolstoy after his religious turn, Shestov comments that he “is really seeking in the Gospels that divine madness, since human reason does not satisfy him.” When you discover how limited everything you thought you knew actually is, and how weak you actually are in the face of death, you find that “unfathomability is not so entirely useless to man.” Shestov notes that “it was driven into our heads as children that the human mind could compass only those things which are limited,” and the fact that we cannot understand ourselves, let alone the world around us, is testimony to the infinite possibilities that our futures hold.

One thing that living with mental illness – or living with anyone, for that matter – teaches you is that flexibility and grace are infinitely greater than rules and arguments. “It is bad, extremely bad, that science should consist of truths universally binding,” Shestov argues, and he begs us to allow him the freedom to seek his own paths even if we force our ideas on everyone else. To accept convincing arguments and to follow them through to their logical conclusions is itself a form of madness. Shestov notes that “A man may listen to Spinoza, or he may stop his ears. He may kneel before Plato’s eternal ideas, or he may give his allegiance to the ever-changing, ever-flowing reality. Finally, he may accept Schopenhauer’s pessimism, but nothing on earth can compel him to celibacy on the ground that Schopenhauer successfully laughed at love.” The ability not to take things too seriously is a great gift indeed, and Shestov praises the poet Heinrich Heine because “I cannot undertake to say with certainty what he loved, what he believed, and often I cannot tell how serious he is in uttering one or another of his opinions.” Heine mocked himself more than he mocked others, but he could write about the things we love the most precisely because he felt the hypocrisy that flowed within them.

What Shestov is asking us to do is to stop imagining that we live perfect lives in a perfect world and to stop locking our dirty little secrets up in places no-one will ever see them. He considers it abominable that “the sick and the mad must be herded into hospitals; poverty into cellars; disobedient passions into the depths of the soul. Truth and freedom are only allowed to obtrude upon the attention as far as is compatible with the interests of a life well arranged within and without.” Respectability is a curse that forces us to fight against ourselves. Eventually none of us can be completely respectable, and the mentally ill – more than most people – realize that we do not even have complete control over ourselves. Shestov quotes Friedrich Nietzsche, who argued that “the complete irresponsibility of Man for his actions and his being is the bitterest drop for the man of knowledge to drink, since he has been accustomed to see in responsibility and duty the very patent of his title to manhood.” Shestov’s conclusion is hopeful and full of possibilities, but it is also tempered by the recognition that it is the healthy and the powerful who run our world. He writes, “Is the essence of life really in the rank, the charter, the patent of nobility? And can the words of Christ be understood in their literal sense? Are not all the Sanhedrim set over man, and as it were giving meaning to his life, mere fictions, useful and even necessary in certain moments of life, but pernicious and dangerous, to say no more, when the circumstances are changed? Does not life, the real and desirable life, which men have sought for thousands of years, begin there where there is neither first nor last, righteous nor sinner, genius nor incapable? Is not the pursuit of recognition, of superiority, of patents and charters, of rank, that which prevents man from seeing life with its hidden miracles? And must man really seek protection in the College of Heralds, or has he another power that time cannot destroy? One may be a good, able, learned, gifted man, even a man of genius, but to demand in return any privileges whatsoever, is to betray goodness and ability, and talent and genius, and the greatest hopes of mankind. The last on earth will nowhere be first…”