Martin Riesebrodt, The Promise of Salvation: A Theory of Religion. Chicago: University of Chicago Press, 2010. 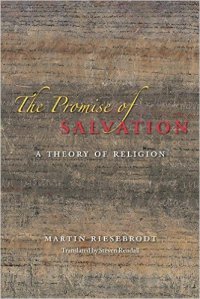 One of the biggest problems with Religious Studies as a discipline is that most scholars aren’t quite sure what religion is. There are a lot of different ways to define it, but by and large people just assume that they know whether something is or is not religious. In The Promise of Salvation (2007), Martin Riesebrodt has undertaken the breathtakingly difficult task of trying to find one definition that includes Abrahamic religions and Asian religions but excludes other creeds such as Marxism or nationalism. One of the most popular ways of defining religion is to look at its social function, which is often thought to be that it unites people into groups. As Reisebrodt notes, however, “all kinds of activities can be interpreted as socially integrative or identity creating. … The sociology of religion would therefore have to concern itself with alpinists, nudists, vegetarians, philatelists, golfers, and rabbit breeders.” No-one actually studies rabbit breeding as a religion, however, which shows that most functionalists have some other definition in the back of their heads that they aren’t willing to put to paper. Others think about religion as a series of reflections on supernatural experiences, but in doing so they imply that only mystics are truly religious and cannot explain the vast array of mundane daily religious practices carried out by people who have never heard so much as a whisper from God. Scholars who think that religions are just reflections of other social issues, such as economic inequality, end up studying economic inequality instead of religious phenomena and find themselves in a completely different discipline. Reisebrodt moves through each of the major approaches to Religious Studies and systematically discredits them. Some of his reasons for rejecting the alternatives to his own idea are somewhat glib, but by and large his criticisms are convincing.

The problem of defining religion has been compounded in recent years by Talal Asad’s objection that our idea of religio is a Judeo-Christian one that has been exported by Western scholars and applied haphazardly to ideologies, practices, and belief systems in the rest of the world. The word “Hinduism,” for example, was never used in India until the British arrived and needed a term that would refer to all the Indian beliefs and practices that they recognized as religious. The distinction between sacred and profane emerged in Western Europe during the Late Middle Ages. Most of the world found the idea that some things are sacred and other things are not completely incomprehensible before Westerners came along and told them that things were either religious  or scientific, and that both were actually all about power. Asad’s critique is a major problem for Reisebrodt, and he attacks it vehemently but not very convincingly. Asad never suggested that we throw the baby out with the bathwater, and to my mind Reisebrodt would have done better to have incorporated more of Asad’s insights into his own definition rather than arguing for a rigidly essentialist conception of religion. 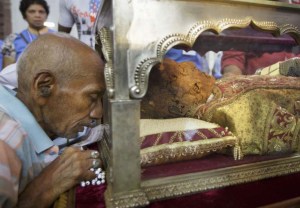 After spending almost half the book dealing with theories he finds unappealing, Reisebrodt finally defines religion by saying that: “Religion is a complex of practices that are based on the premise of the existence of superhuman powers, whether personal or impersonal, that are generally invisible. … The ‘superhumanness’ of these powers consists in the fact that influence or control over dimensions of individual or social human life and the natural environment is attributed to them – dimensions that are usually beyond direct human control. Religious practices normally consist in using culturally prescribed means to establish contact with these powers or to gain access to them. What contact or access means depends on the religious imagination and on the social and cultural forms of accessibility.” More concisely, religion is worship. There is a lot about this definition that I like. To being with, it takes the content of belief seriously. It matters what people are worshiping, not just the fact that they are excited about something. Moreover, it is a definition that both believers and nonbelievers can agree on. Reisebrodt never assumes that the supernatural is or is not a priori true, and I suspect that he would agree that Religious Studies as a discipline has nothing to say on this matter. Finally, this is a definition that genuinely does describe everything that is usually meant by religion, including all major traditions from across the globe, while excluding everything that is not. 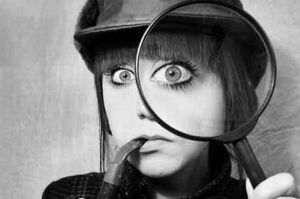 My biggest complaint with Reisebrodt’s book is that it’s not clear to me how his definition of religious helps us analyse it better. He spends several chapters proving that Abrahamic and Asian religions all fit his definition perfectly, but he never tells me anything about these religions that I didn’t already know. To be useful, a scholarly definition should help shed light on the object of study. When Karl Marx wrote that “religious suffering is at the same time an expression of real suffering and a protest against real suffering,” for example, he encouraged us to look at the relationship between suffering and belief. And when Rudolf Otto  told us that “religion is that which grows out of, and gives expression to, experience of the holy in its various aspects,” he was pointing out that we should look more closely at the religious experiences of believers. Reisebrodt’s definition does none of these things. It has created a category, but whether it is a useful one remains to be seen. 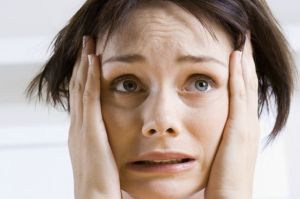 The other thing I found difficult to swallow about this book is that Reisebrodt adds another layer which is less a definition than an explanation for religion. His explanation will certainly catalyze some interesting and fruitful research, but he does his readers a disservice by collapsing his explanation into his definition. All religious practices, he says, “are based on the anticipation or experience of misfortune, as well as on the hope of blessings and salvation.” He elaborates on this point towards the end of the book: “The achievement of religious institutions is based on the fact that they uphold the ability to act in situations where people feel powerless and incapable of action. In bringing threats into significant relation to superhuman powers, people can attempt, by communicating with these powers, to actively manage such situations rather than panicking or despairing.” Reisebrodt is trying to explain that religion isn’t going to go away any time soon, but at the same time he is reducing religion to a psychological need, ignoring the social, political, and intellectual factors that go into making religions powerful and meaningful to billions of people. Despite my reservations, Reisebrodt’s is still the most compelling definition of religion that I have read, and it would be a wonderful contribution to the field as a whole if Religious Studies scholars could work out what they are studying.