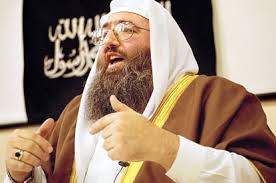 Why would sensible, British citizens put their lives at risk by joining an extremist terrorist organization? Why would they break with family and friends, donate a third of their income to the organization, and travel to Israel with bombs hidden inside their Qur’ans? In Radical Islam Rising (2005) Quintan Wiktorowicz, a prominent expert in Islamic social movements, interviews rank and file activists of Al-Muhajiroun to find out what makes them tick. Al-Muhajiroun is a UK-based terrorist movement that was founded by Omar Bakri Muhammad (1958- ) in 1983. Bakri led the movement until 2005, when he was expelled from the UK. Leaving behind his British wife and their seven children, Omar moved to Beruit. In 2008 he married a second wife and had two more children. He is now facing the death penalty in Lebanon while his new wife appeals for political asylum in the UK for the whole family. 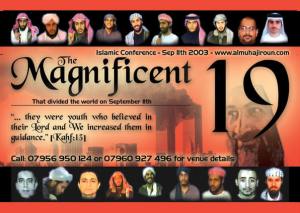 Al-Muhajiroun activists were banned from British university campuses in 2001 for distributing antisemitic literature calling on people to kill Jews. In 2002 they held a press conference praising “the Magnificent 19” who were involved in the September 11 attacks on the World Trade Center in New York. In 2003 two men with links to Al-Muhajiroun detonated bombs in Mike’s Place, a cafe near the US embassy in Tel Aviv. The group was disbanded in 2004 but in 2007 British police arrested five men with Al-Muhajiroun connections who were planning a series of bomb attacks in Britain. The movement reemerged briefly in 2009 but was immediately banned. 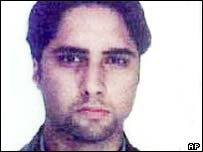 Why would anyone get involved in this sort of organization? Wiktorowicz describes Omar Khan Sharif (1976-2003), one of the men involved in the Mike’s Place bombing, as having had “a thoroughly Western upbringing in a well-respected family in Derby. He enjoyed all the trappings of a wealthy childhood and even attended Repton Preparatory School for two years.” His brother called him as “just a big teddy bear.” Most Al-Muhakjiroun activists, in fact, “are university students or recent college graduates with aspirations of upward mobility.” To explain how kids like Sharif join such groups, Wiktorowicz asks three questions: (1) What explains initial interest in such movements? (2) Once individuals become interested in a group like Al-Muhajiroun, how do they come to see such groups as a credible source of Islamic interpretation? and (3) what makes them take part in dangerous activism? His answers are based on in-depth interviews with activists, defectors, and acquaintances, extensive reading through movement publications, and a thorough knowledge of the scholarly literature on extremist social movements.

Wiktorowicz argues that people become interested in groups like Al-Muhajiroun after a long process of religious seeking. Between 90-95% of the group’s activists are of South Asian descent, and “believe they face a discriminatory system that prevents them from realizing their potential. They grew up in Britain, but they are not considered British by many in society.” A combination of white privilege, neo-nazi hostility, and widespread anti-Muslim sentiment precipitates an identity crisis and they turn to radical Islam as a way to ground themselves in a meaningful community that accepts them for who they are. Some join the organization after attending rallies or reading propaganda, but mostly personal relationships are the key. Wiktorowicz tells the story of one young man who attended a talk on “forgotten jihads” at his friends’ mosque in Southampton. He says, “During the lecture, the speaker had tears in his eyes as he discussed the plight of Muslims. The activist recalls a particular part of the talk and its profound effect: ‘Then when he mentioned our pregnant sisters over there had their stomachs ripped open and fetus thrown in the fire, I was thinking no human being can do this. They aren’t human beings.’ As a result of this lecture, he started asking questions about Islam.” Wiktorowicz comments, “These kinds of events are intended to prompt questions, at which point activists can direct interested Muslims to additional movement events where they can learn more about the atrocities committed against Muslims and possible solutions.” 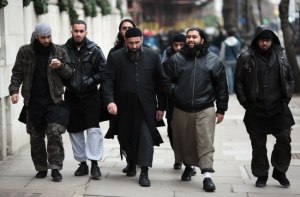 Friends matter. In the words of one activist remembering his first experiences of Hizb ut-Tahrir (HT), a pan-Islamic organization seeking to unite Muslims all over the world under sharia law and a single caliph: “A lot of people just joined HT because either their roommate was HT or their friend became HT. You are hanging out with this guy for a long time and he is HT and you are not, and all of a sudden you get motivated. I mean you are Muslim after all, and you are getting the guilt trip that you are not a good Muslim. Eventually, you give in or you, as HT says, ‘see the light’.”

When Wiktorowicz looks at people who have these experiences but don’t join the movement, he finds that they (1) were generally already religious, in comparison with most Al-Muhakjiroun activists, who discovered religion through the organization; (2) were generally more open to listening to other religious viewpoints; (3) are less concerned with anti-Muslim racism; (4) are happier with how their lives are turning out; (5) have more faith in the British political system; and (6) don’t go through a crisis that opens their eyes to new ways of seeing the world when they encounter Al-Muhakjiroun propaganda. 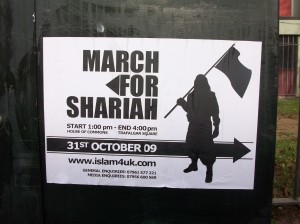 So if Omar Bakri Muhammad is so crazy, why do people respect him? Most activists said that they believed Omar because he has a superb knowledge of Islam that far surpassed any other Islamic teacher they knew. “People will answer your questions, but they won’t give you evidence,” one activist said. “They will say this is the situation – it is lawful or unlawful. It is haram [religious forbidden] [or] it is allowed. They will never give evidences. They won’t give verse numbers. He is unique like that, he will actually sit down with you and give references and explain.” They also respect Omar’s character. He can be an independent thinker because he is not financed by Saudi money (he received “the dole, child benefits, income support, a disability allowance, and housing benefits” from the British government) and he sacrifices himself for the cause rather than using the cause to get famous. In short, his followers find him personable, down-to-earth, and generally a nice guy. That matters.

Finally, what is it that turns sympathetic bystanders into committed activists who are ready to take dangerous risks for the cause? Wiktorowicz’s final chapter examines the arguments that activists use to solve what political scientists call “the free rider problem.” Once people become interested in Islam, Omar tells them that they need to be careful lest their Western educations and the temptations of modern life accidentally lead them into sin: “Muslims should be aware of what negates and contradicts Tawheed in order to make a shield for themselves, protecting them from apostasy.” Democracy itself is dangerous and sinful, because “one of Allah (SWT)’s attributes is that he is the legislator and commander and he has the absolute right and power to command and legislate, and no-one shares this absolute power with him.” Thus, Wiktorowicz says, according to Omar “all of the leaders of the Muslim world are considered apostates because they obey international law and support the United Nations (a human-made institution), adopt non-Islamic legal codes, ridicule Islam by permitting what God forbids (such as uncovered women), form alliances with non-Muslims, and embrace democracy.”

Omar quotes Qur’an 3:104 to justify activism: “Let there rise from among you group(s) calling society to Islam, commanding society to do what Allah orders and to refrain from what He forbids and these (group(s)) are the ones who are successful.” (al-Muhajiroun translation). Muhammed had stones thrown at him when he went to Taif, and one activist says, “I think why did he get stones thrown at him and we aren’t getting stones thrown at us? So when I see the police and they come to us and speak to us, I say ‘alhamdulillah [praise be to God], we are on the right path’.” According to Omar, true Muslims will fight for Islam, and those who do not are apostates. Anyone who puts other things before jihad is not a true follower of Muhammad. For recent converts whose lives have been transformed by Islam, this is a powerful incentive to commit extreme acts of terror to demonstrate their commitment to God.