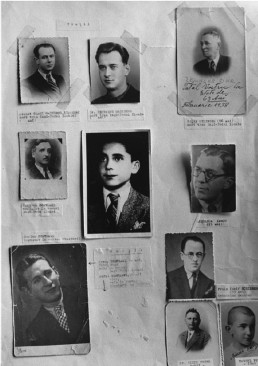 The involvement of members of the Legion of the Archangel Michael in the Romanian Army during World War II illuminates the relationship between fascist social movements and the state. Legionaries served even though the Legion was suppressed following an unsuccessful coup against dictator General Ion Antonescu. Legionaries could nonetheless reconcile their loyalties because the movement and the government shared core values. Serving either the Conducător or the Legion amounted to “fighting for the Romanian nation,” and military service offered Legionaries a serendipitous opportunity to participate in mass violence against Jews and Roma, sometimes instigating pogroms and at other times simply following orders. 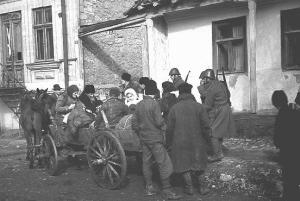 Romania’s President Ion Iliescu caused an international uproar on 13 June 2003 when he stated publicly that it was ‘unjust to link Romania to the persecution of the Jews in Europe’ because his country had had nothing to do with the Holocaust. Despite the fact that between 280,000 and 380,000 Jews and 11,000 Roma perished as a direct result of genocidal measures carried out by the Romanian army in the occupied in the territory of Transnistria between 1941 and 1943, Iliescu was simply expressing what most Romanians believed. Between 1944 and 1989 historians and intellectuals in both the Romanian and Moldovan Socialist Republics distorted and minimized the mass murder of Jews during the Second World War, encouraging people to speak of ‘fascist crimes’ against the Romanian people with little or no discussion of the killers’ racist motives. Silence also characterized the Romanian historiography of the 1990s, and Holocaust deniers continue to have their voices heard in the mainstream press and even in the Romanian Academy. Given that only a handful of studies on the Romanian Holocaust had been written at this time, mostly by scholars based in Israel or the United States, and with the topic ignored within the educational system, Iliescu’s ignorance should have come as no surprise. 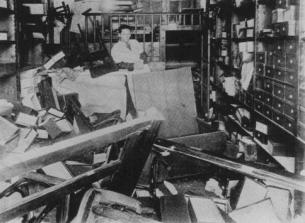 This essay surveys the historiography on the Romanian Holocaust, focusing in particular on four monographs published by Western historians within the past five years. Earlier research was limited both empirically and theoretically, and these works suggest new research paradigms and raise new questions about the genocide in Romania during the Second World War. Dennis Deletant assesses the rule of General Ion Antonescu in light of his responsibility for the Holocaust and attempts to explain why the General began and ended the Holocaust when he did. Vladimir Solonari argues that the Holocaust should be read in the context of plans for ethnic homogenization which were implemented when the opportunity presented itself in 1941. . Jean Ancel examines the expropriation of Jewish property and shows that, among other things, the Romanian perpetrators were motivated by a desire to enrich themselves at the expense of the Jews. Finally, Armin Heinen reads the Holocaust by looking at how different groups of perpetrators used violence and attempts to recreate the logic which shaped their actions. In addition, the essay discusses Holocaust denial, survivor memoirs, primary source collections, and research into Roma victims in Romania.